Ginkgo is believed to be one of the oldest trees in the world. It is native to Japan, China, and Korea, but was also grown in Europe and the United States in the 1700’s. It is sometimes referred to as the maidenhair tree.

The leaf of this plant is usually given to individuals who have Alzheimer’s disease. It has long been used to treat conditions that affect the blood flow in the brain. These conditions include loss of memory, problems in concentrating as well as mood disorders. 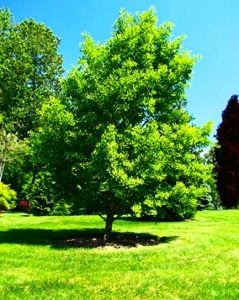 It is sometimes used for individuals who suffer from leg pain due to poor blood flow.

Ginkgo Biloba has a long list of benefits. This could be because it’s been around for a long time now. In fact, it was used as a treatment for bronchitis and asthma in 2600 BC.

Also, this type of tree can live up to a thousand year. In China, Ginkgo trees can even survive for more than 2,000 years. Because of this, the tree is sometimes labeled as the living fossil.

In China and Japan, the plant’s seeds are roasted for consumption.

The dried leaf of this herb is now a popular supplement. It is available in different forms like tablets, capsules, and liquid extracts. The dried leaf can also be brewed to make tea.

This plant is rich in terpenoids, flavonoids, and antioxidants. Proven benefits are:

Ginkgo biloba is also believed to be effective for the following:

Recent research proves that the herb is not effective for the following:

Ginkgo biloba is so common that it is used to treat and prevent many other conditions, but there are not enough studies to confirm its effectiveness.

Although this herb is traditionally used for increasing the libido, studies suggest that it does not affect sexual functions. 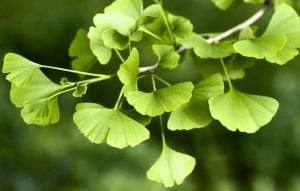 This herb is generally safe when taken orally in right doses. However, the leaf extract may induce these side effects even in moderate dosage:

Animal research shows that consuming high doses of ginkgo biloba leaf extract can lead to thyroid and liver cancer. However, it is still unknown if it can also happen to humans.

Other reported side effects include:

The leaf extract has been used intravenously (through IV) for ten days without any adverse effect. 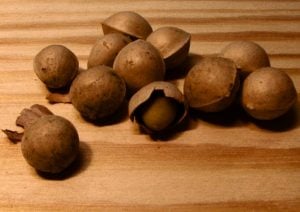 Ginkgo biloba must not be taken together with the following as it can make the medication ineffective, or worsen the side effects.

For starters, the recommended daily dose of ginkgo biloba is maximum of 120 milligrams. Taking more than this dose may result in gastrointestinal problems.

This is considered a low dose and may be gradually increased if there are no side effects experienced.

For specific conditions, these are the dosage used in studies:

Ginkgo is a popular herb for improving cognitive function, memory and motivation. Studies suggest that it is can be effective. There are reported cases where individuals get its nootropic benefits by taking 150 milligrams of the 50:1 extract.

Taking up to 300 milligrams of the herb is also effective for some in terms of improving memory without experiencing negative side effects.

Note that most studies on ginkgo’s nootropic effects do not use specific leaf extracts. The most effective extract to achieve ginkgo’s nootropic benefits is EGb 761. This is a patented extract that is commonly used to treat dementia but is also found to be effective in improving short-term memory.

Other nootropic benefits include a boost in productivity and concentration.

In other cases, ginkgo was able to improve energy and cognitive functions, but also causes bleeding in the brain and behind the eyes due to its blood thinning effect.

Considering ginkgo is a very common herb, the risk of bleeding from taking it is very low as long as it is not overdosed. Still, it is important to remember that ginkgo must be used with caution as it can cause serious side effects.