A venous leak happens when the veins in the penis cannot keep the blood. The blood is basically “leaking out” of through valves. Leaking happens when the blood that was pumped was not contained by the valve properly and escapes onto other veins.

At its core, a venous leak occurs due to the lack the strength of your veins in the penis, specifically, those in charge of the erection. The veins and tissues do not constrict properly due to the faulty valve.

Erections become softer or even nonexistent. Erectile dysfunction is sometimes termed as a venous leak instead.

Why is the blood leaking? 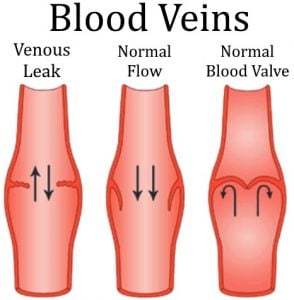 A lot of scientists are still unsure as to why there are venous leaks. Most doctors would attribute venous leaks to at least three causes, one which is usually more prominent.

Another known cause that is also being investigated is the presence of too many unnatural chemicals. A study found out that smoking is a significant contributor to erectile dysfunction, particularly a venous leak.[1]

Lastly, another cause would be the lack of or a low level of testosterone. A clinical study suggests that people who have less than 400 ng/dl of testosterone have problems with venous leaks.[2]

By applying testosterone gel with sildenafil, the men in the study have shown considerable improvement. This goes to show that testosterone, or the lack of it, is another contributing factor to erectile dysfunction.

Erectile dysfunctions, especially those caused by venous leaks, are on the rise (lame pun intended) and they are affecting a lot of people negatively.

Let us look at the big picture through the cases of erectile dysfunction, where venous leaks have a big part.

Erectile dysfunctions are much more common than most people think. The numbers are frightening. Around 40% of males over 40 have problems getting or maintaining an erection. For people over 70, cases of erectile dysfunction grow to 70%. These numbers, reported by the Cleveland Clinic, and do not show the more sinister story behind it.[3]

One main reason as to why there is such a growing concern is that the younger population (around 16 years old) have already been suffering from venous leaks.

These turn into a severe erectile dysfunction cases since the young patients are either too embarrassed to ask for help or do not know that they are suffering from it in the first place.

Do I have venous leaks?

One thing is important to note. A venous leak is not due to a psychological cause like performance anxiety or lack of self-esteem but because of physical limitations. This means that a venous leak is actually curable.

These symptoms are also similar to other types of erectile dysfunction. These are so common that a study shows that many people diagnosed with venous leaks were diagnosed incorrectly.[5]

How to be sure? 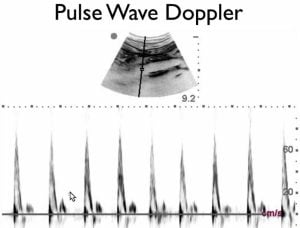 The best way to be certain is to go through a Pulsed Doppler. According to another clinical study, a penile Doppler Sonography gives the most accurate information. The test can be done by a urologist.[6]

A doppler sonography can be quite uncommon to find in clinics, but a hospital with a Urology department should have one. This diagnostic test uses ultrasound technology to get the data regarding increase and decrease of blood flow and its direction. This diagnostic test can also show which veins are problematic and give a more robust hypothesis.

A venous leak is curable if you address the three leading causes of it.

The first cause: muscle tearing and injuries. Usually present in the younger population.

The second and third reasons: the presence of unwanted chemicals and lack of testosterone, are more pronounced for those who are over 40 years old but can also be present in the younger patients.

One should let the penile muscle and tissues rest. Try not to stimulate it for at least three days if you are having problems with erections. However, if this persists for over two weeks, see a doctor.

A teenager (16 years old) was having some difficulty in maintaining an erection without stimulation. He let that situation remain for ten years(!) since he was embarrassed to admit it. At the age of 26, he was not able to get hard at all.

This is a cautionary tale that can be found in forums about why you should have your erectile dysfunction diagnosed as early as possible. The unfortunate teen had a venous leak, which evolved into a more severe case.

Cutting back on substances, like alcohol, pot, and cigarettes, will help you get your libido back. The presence of these chemicals makes it much harder for the blood flow to your penis. It also makes the muscles and tissues weaker.

For those who are looking for a non-medical cure, here are a few possible treatment options:

There are a lot of ways to cure venous leaks medically. In order of intensity, from most accessible and cheapest:

Having a venous leak should not be the end of your sex life. It is curable and is affected by outside factors like genetics or presence or absence of chemicals. You can do something about it.

Take good care of yourself first, and the body will take care of itself.

Thank you for this excellent article! I have had low T for a long time due to an infection in my testicle and caused an atrophy. That testicle has shrunk up and is like mush. I have been injecting testosterone for many years to have a normal T range. The latest problem that I believe I created myself, is from jelqing. At first I noticed a very curved penis that went sideways. I also noticed a loss of sensation or feeling. Now I have been going through venous leakage. I have worn a penis ring for quite a long time and has never caused problems. However, now I have noticed with the ring on and with a sustained erection of 15-20 minutes, there is an enlarged, swollen area on the top of my penis. It looks like there something inside about 1″ long and about half the diameter of a pencil. This goes away when I lose my erection. My curvature has gone away, but my sensation has never returned and that swollen looking vein is still there. I will consult my Urologist next month. Thanks for listening.

Nice… slowly start blaming us for causing our own venous leak.

I have the same question that Angelo has asked, since I am suffering from one.

Please, give me a single case of a person who had a successful recovery after surgery for venous leak.

From what I’ve seen is that there is no real surgery for this and it’s highly experimental. I️ have not heard of anyone recovering from just resting. Could you please provide some evidence of that as many of us are losing hope.