Dairy Products and their effect on ED and testosterone 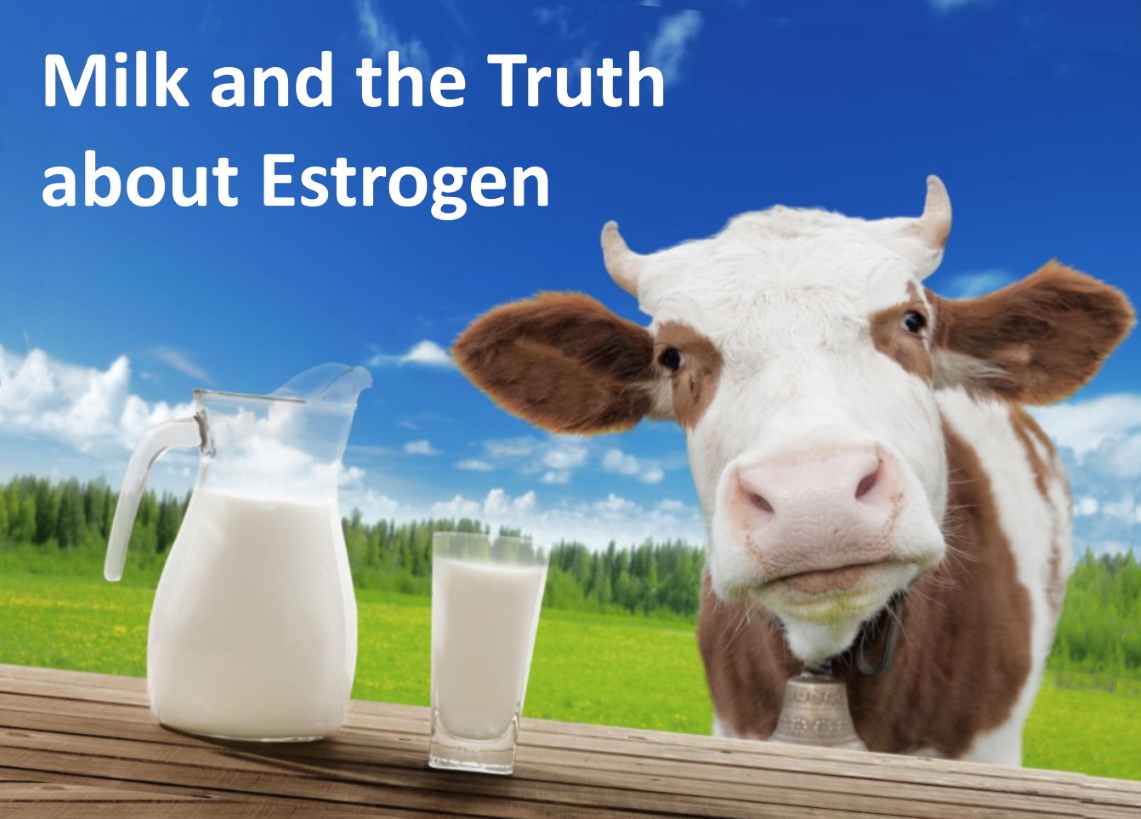 The vast majority of people wouldn’t link milk and dairy products to low libido (and ED) in men. However, a closer look reveals that high intake of dairy products affects reproductive health in men.

According to most experts, dairy products can affect the synthesis of testosterone in a man’s body.

Most of the hormones in milk can be transferred by diffusion. The important ones include:

Symptoms and effects of high estrogen in men

Extreme amounts of estrogen in men can lead to the following:

Studies have found that estrogen, a hormone found in milk, can have effect on the amount of testosterone produced in males. Testosterone helps generate and sustain an erection.[1]

Today, unlike in the past, approximately over three quarters of all commercial milk is obtained from pregnant cows. Estrogen levels are highest in cows when they’re pregnant.

Cows have also been genetically modified, over the years, to produce more milk and meat. Native cows would produce 3 liters of milk and it would be normal. Now, cows have been bred to produce 15 litres daily, which isn’t natural.

Additionally, many farmers have their cows pregnant just days after the herbivores have given birth, for maximum production. Meaning, the cows are almost always pregnant.

Non-pregnant cows contain milk with approximately 30 pg/mL of estrone sulphate, a natural oestrogen steroid. This rises to 151 pg/mL in early pregnancy, and peaks to 1,000 pg/mL during the last stages of pregnancy.

A combination of these three practices means most of the milk yield is high on estrogen.

A study has linked reduced testosterone secretion to dairy food intake. This is due to reduced production of the hormones that control sperm creation and development of sex glands in men.[2]

Another study was conducted among Japanese pre-pubertal boys. It confirmed that drinking cow milk resulted in suppressed production of hormones responsible for testosterone generation.[3]

It has been noted that, the less milk you consume, the higher the number of sperms you produce (and the higher your sperm’s activity). More milk consumption reduce both sperm count and activity.

Further, dairy consumption increases the concentrations of blood insulin. This may have similar adverse effects on erectile function (and sperm) as chronic diseases, like diabetes.

Other effects of Estrogen

Unlike dairy milk, almond milk doesn’t contain harmful hormones. It is fortified with minerals and vitamins.

Without sweeteners, its calories and saturated fat content is lower than that of milk. It is, therefore, a safer alternative if you’re seeking to avoid negative effects of dairy products.

The United States Department of Agriculture (USDA) recommends that adults consume 3 servings of dairy products a day. Children can consume up to 2 servings per day, depending on their age.[4]

This is how typical servings of dairy would look like:

However, its high estrogen content and ‘womanizing effects’ are detrimental to men. If you’re seeking to maintain a high erectile function, you might want to avoid it (milk).